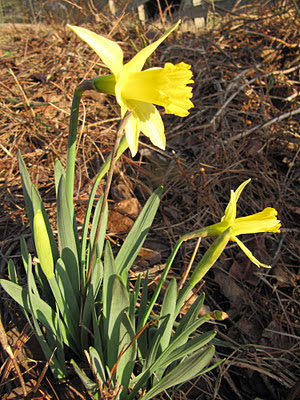 Eyes that take in sight

Nature is ready to grow

The time has come to start to hoe 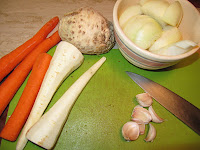 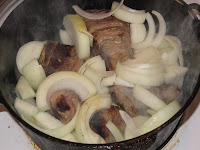 Heat an eight to ten quart casserole pot over a high flame, and brown the short ribs on all sides. Once the ribs have browned add in the sliced onions, and cook until the onions just start to wilt. Then mix in the garlic, carrots, parsnips, mushroom (including dried), celery root, parsley, thyme and sage. Season with salt and pepper, and pour in 4-cups of water. 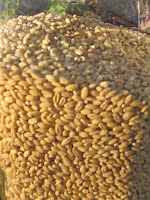 Bring to a boil and then reduce the temperature to medium-low and cover. Cook the stew for 2-hours. Then mix in the ¾-cups of barley, and return the lid, cooking for an additional hour. Correct the seasoning with salt and pepper. 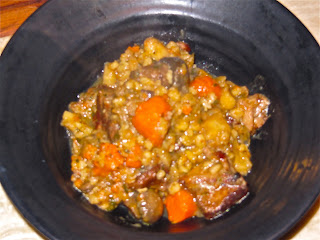 Posted by Unknown at 3:31 PM No comments: 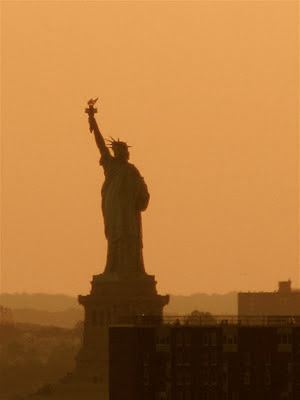 Why is it that every time I meet someone new, and they find out that I am a chef I am immediately asked, what kind of food do you make? I have never been comfortable with this inquiry; I am aware the inference is what type of cuisine do I make. I am a product of the society I grew up in, so I can only say, I create American food. Not the foods that may have been laid out during the Eisenhower administration – Jell-O molds have terrified since childhood. Rather, I grew up experiencing a world’s worth of flavors and sensations within the reach of my hometown. The “international aisle” of grocery store always made me wonder, if all the other foods arranged on those shelves were American. After culinary school where I kept my arm raised, and ears open to a myopic, intensive Francophile’s discipline I set out the flesh out my education and satisfy a long held nagging question…just what is American food and how did it evolve, and what was this obsession with all things French?

The latter came a tad more easily for me too understand for the structured, codified system of the French kitchen was capable of being replicated. There was a centralized, static conversation coming out of the aristocratic class that trained workers who subsequently found themselves unemployed with the French revolution moving a rarified presentation to the cafes, bistros and restaurants around the world. The same cannot be said of the more fragmented, working-class based foods of the majority of the world. It has taken over 230 years and multiple waves of immigration and, the establishment of small eateries throughout this land and the onslaught of television food shows to give me an understanding of just what “American” food is. It is not just the hotdog and water reconstituted mac-n-cheese but it is very spice, grain and vegetable eaten across the globe and brought over to add comfort to an otherwise unfamiliar life.

One’s comfort food for me has become a moment of marvel, exploration and embrace – the true definition of authentic. The foundation I received in the art of cooking has not changed; heat a pan first to prevent the item from sticking and water boils at 212-degree Fahrenheit across the earth at sea level goes with me everywhere. Though, I now think of everything as coming from the international aisle, and only I, after 5 generations am American, and that is highly debatable. 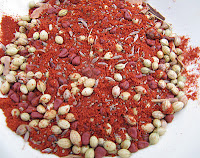 In a spice grinder blend the paparika, coriander, cinnamon, annatto, clove, celery and cumin seeds to a fine powder. Place in a large work bowl.

To the spice mixture add the raisins, sun dried tomato, oregano, thyme, olives, capers, onion, garlic, ground chicken and pork. Mix all together to thoroughly combine all the ingredients.

Grate the yucca, battata and yautia together, and season with salt and pepper. 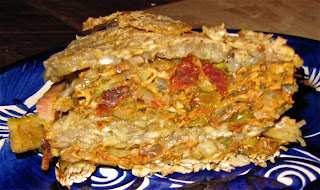 Posted by Unknown at 3:07 PM No comments:

I have become obsessed with cream pie over the last few months (really, I think it is my secret obsession with sweetened condensed milk). Did I read too many articles toward the latter part of last year that forecasted food trends for the upcoming months, and did I take in that subliminal message that pies were going to be all the rage for 2012? It is so not like me to succumb to trends and fads; I usually run in the opposite direction of the masses finding comfort in the space left unoccupied.

I have been part of trend for eating and sourcing foods locally for some 10 plus years – when it was edgy. I have not run from that as a matter of fact I relish the company I keep within this trend. Markets have cropped up everywhere and variety is booming, and I due believe this is a direct result of not just myself and another militant food compatriots looking to secure foods regionally, but every sector of the city seems to have canvas bag in tow.  Though I do wish the trend was more focused on bringing these options to the food deserts that exist throughout our country.

Now, a fad I understand clearly – they come and they go. Does a trend have the possibility of disappearing as well?  Shouldn’t it just be a fact that we are all having access to eat healthy, nutritionally vibrant foods always, without the prognosticators hoping it will be?  How many pies need to be consumed this year to make this trend an established fact and what about the adage, “American as apple pie?” can something so iconic be a trend?

Mix the grounds wafers, coconut and egg white together, and press evenly into an 8-inch pie pan. Make sure you come about half way up the sides of the pie pan.

Bake the crust for 10-minutes in the oven on the middle rack.

Remove the pie shell, and cool. Lower the oven temperature to 325-degrees.
In the meanwhile, blend the condensed milk, egg yolks, bananas and vanilla extract in a blender or food processor until smooth.

Pour in the sweetened condensed milk mixture into the cool pie shell, and return to the oven.

Bake for about 45 minutes until the center of the pie is just set. Shut off the heat and allow the pie to cool completely in the oven. Then place in the refrigerator for a few hours to cool before serving.
Posted by Unknown at 12:43 PM No comments: 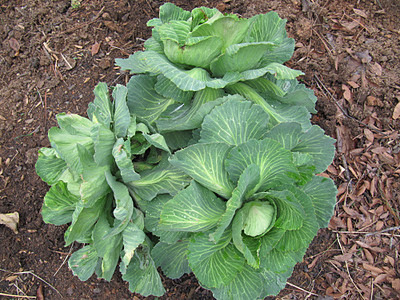 I am in complete amazement regarding my accomplishments in the garden. It is the second week of January and I still have an ample selection of items to keep me from needing to use a market for more than a rounding out of a meal – onions, garlic, citrus and avocados seem to be what I am purchasing to take home. Now, by all accounts it has been a mild winter, which is no burden for a sun-loving, sweltering heat-loving creature like myself. However, I have been advised that I will have to cross the divide between growth and rest. Yes, my little plot needs some time to replenish itself by being fed the compost I have been turning for almost the past year augmented with well aged manure and a weekend rental – that roto tiller that took me down last year. I have been given a February 1st deadline to have all my darlings consumed so next year’s round will be well fed, just as we have been this year.

Today I am starting by finally seizing the remaining cabbage plants from the garden that have been there from day one. They have survived spring, summer and fall allowing me to pinch a head in each season, and now, with their final hours approaching I will use the small clusters that have formed in tonight’s dinner. I had read that if you snip the large, dense cabbage head but leave the rest of the plant a less robust heads will form giving you multiple harvests off a single planting – I put four cabbage plants in the garden. I am slowly, but surely, clipping the leaves from the broccoli that longer has the energy to produce any flowers, and have made stir fries and oven crisps with great frequency this winter. Though I think a will most likely take my Romanesque broccoli last for its flower is taking the longest to develop. Spying into the center of the leaf mass I see nascent, coral looking formations, and I beg them to hurry up – what if a hard, extended freeze comes along! 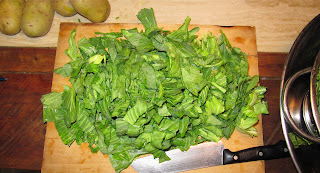 Heat a 12-quart casserole pot over a medium high heat, and add the pork but and sausage. Allow the meat to brown on all sides. Remove the meat from the pot, and hold in a bowl. 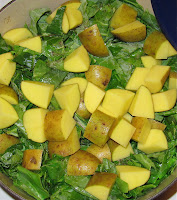 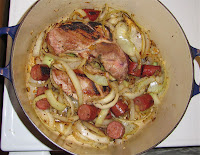 Into the pot add the onions and garlic, and cook for 5 to 10 minutes to lightly brown – stirring occasionally. Then mix in the caraway and celery seeds cooking for a minute longer. Return the meat to the pot and place the cabbage leaves over the meat. Put on the lid and cook for 10 minutes. Once the leaves have wilted down a bit add the potatoes, and salt and pepper. Return the lid, and lower the heat to low, and cook for about 2 to 3 hours.

Correct seasoning with salt and pepper. The pork should fall apart, if not, use a spoon to break up the pork. Serve garnished with grainy mustard. 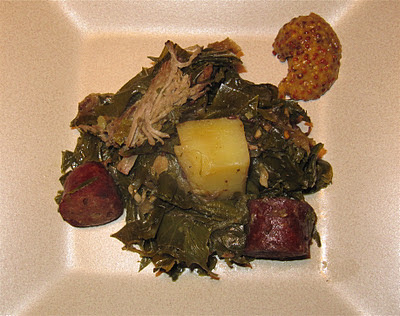 Posted by Unknown at 7:18 PM No comments: