Using what you have

In my on going effort to finish up all the winter stores, as late spring brings in its harvest filling my basket, I am actively working to deplete my puttn’ ups. In the refrigerator was the last of the pickled garlic scapes just enough to for a chopped salad - finished. But that brine, it had been sitting in for the last 9 months, was incredibly fragrant, I could not just toss it. So, over a pork butt I poured the brine along with some clove, cinnamon, dried ginger and chilies and star anise, and for about 36 hours the pork soaked up as much flavor as possible. I guess I was feeling a smidge Asian (sorry, Cinco de Mayo I did not mean to forsake you). It has to be that I have been thinking of Chinese bao, and the leftovers I feel might end up being shredded into some steamed buns.

This is not the first time I just could not toss the brine of a pickled vegetable. I have used them in vinaigrettes; soaked grains for a few hours in the salty liquid. I have also embraced the belief that everything has a second or tertiary purpose. The strawberries that are coming home from the farmer’s market right now find their hulls thrown into a bottle of white wine vinegar for a few weeks before being strained out, and add to the compost pile. Ramps bottoms are already pickling away though I did plug a bunch in the earth under the canopy of the maple trees in the hopes that in the coming years I will be able to harvest my own. Of course, herb stems are collected to be wrapped in a perforated foil packet for a little smoke on the grill.

Perhaps, it is a bit less of using up of what needs to be eaten, and making room for a new year’s crop of playthings. 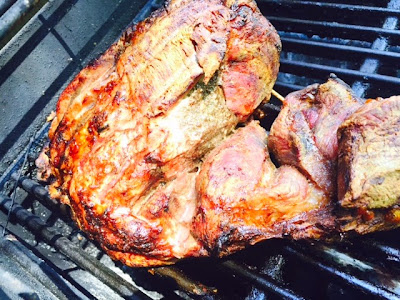