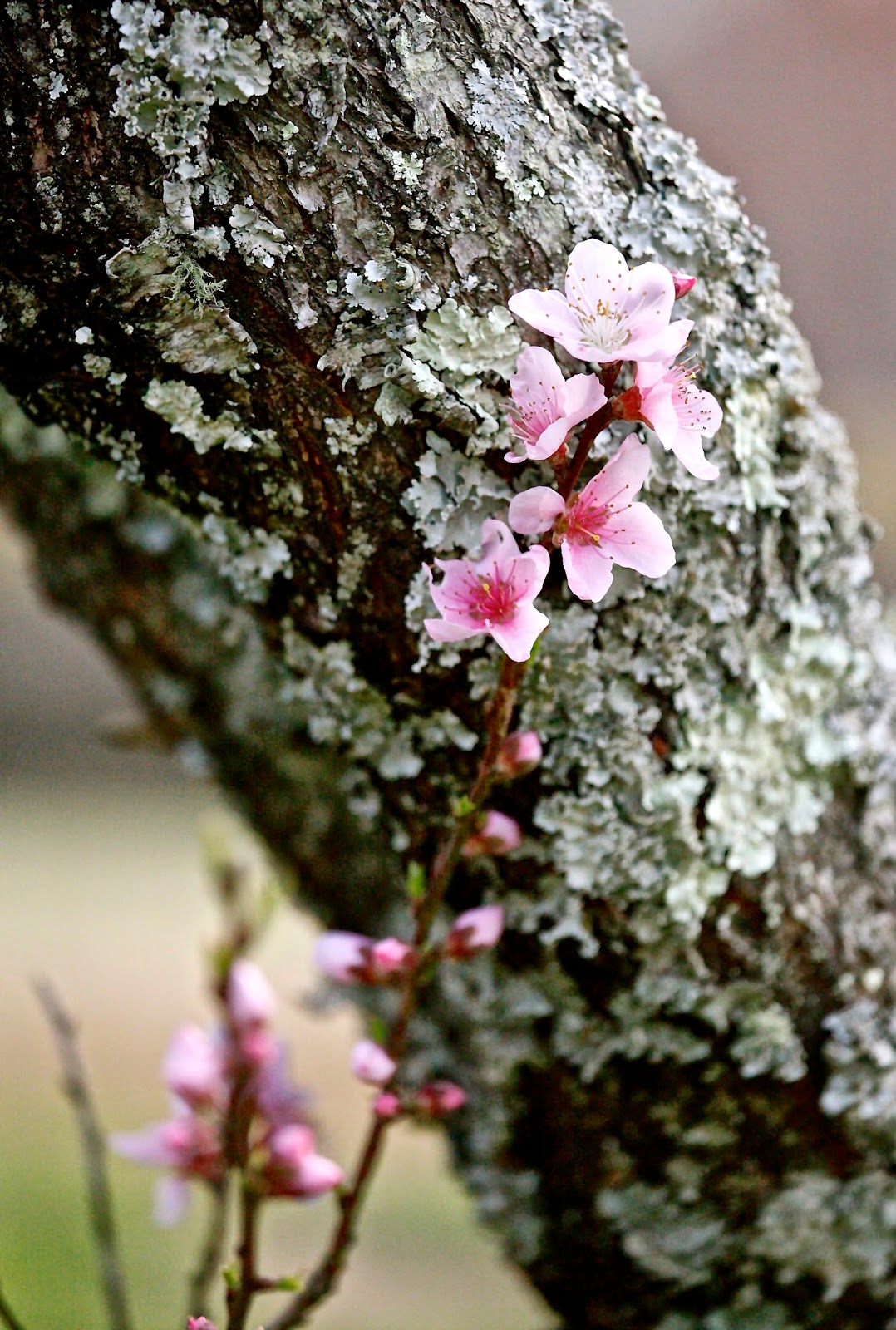 I am have been craving falafel. It is not like an anticipated hunkering for pizza, which was the foundation of my juvenile food pyramid. I do not remember having falafel until I was eighteen on my first big adventure. It had to be the messaging I got for watching the Israeli prime minister address Congress in the weeks leading up his national election, and all the post election analysis. I have always been fond of the foods and flavors of the Middle East, and made regular forays into Brooklyn to sample mezze plates of Syrian, Lebanese and Egyptian restaurateurs who set up in the borough.

I was raised to be a Zionist (what a disappointment I turned out to be), and every year the synagogue we affiliated with held an annual drive to plant trees in Israel – I still don’t understand that one. And, the Passover Haggadah, which celebrates liberation and freedom closed with the proclamation, “Next year in Israel.” I was well schooled in our ancient, and more recent history, and living in the New York area it was frequently impressed upon me that our people are only about 3% of US population. So, we are in fact a minority, and should therefore embrace all the other minorities that made up the US. Isn’t there strength in numbers?

I always viewed the people of the Muslim faith as a first cousin. Our stories started in the same part of the world; the opening chapters of our scared books share a plot line until that horrid family dinner when two brothers quarreled. Never again has the family sat together to break bread. Yet, as I have dined in restaurants and in friend’s homes of various Middle Eastern backgrounds there is great commonality to the meal. I could not trace back when my family followed the diaspora out of the Middle East into northern Europe, and subsequently the US but the mezze table, in my own family, can be seen in the array of pickles, chilled radishes and celery stalks along with chopped liver that ran down the length of our dining room table. Dinner at an Assyrian friend’s the table was crowded with herbs, cubed feta, pickled beets amongst other nibbles that I immediately understand. You may go into a church, mosque, temple or dance rhythmically to the changes of the seasons in order to connect to an idea greater than ourselves. We can all recognize the divinity in the labor and love in a meal laid out, and offer up. Perhaps, it is time we started going to dinner together again and talk just of the quality of the pita bread; the creamy, smokiness of the hummus or, the magical lift a bit of anise hyssop adds to a za’atar blend.

As the vernal equinox descends lets celebration more than the liberation from winter’s grip but that fact we are one people in a multitude of incarnations with a hunger to feed our souls and our families.  Invited a cousin to dinner this season. 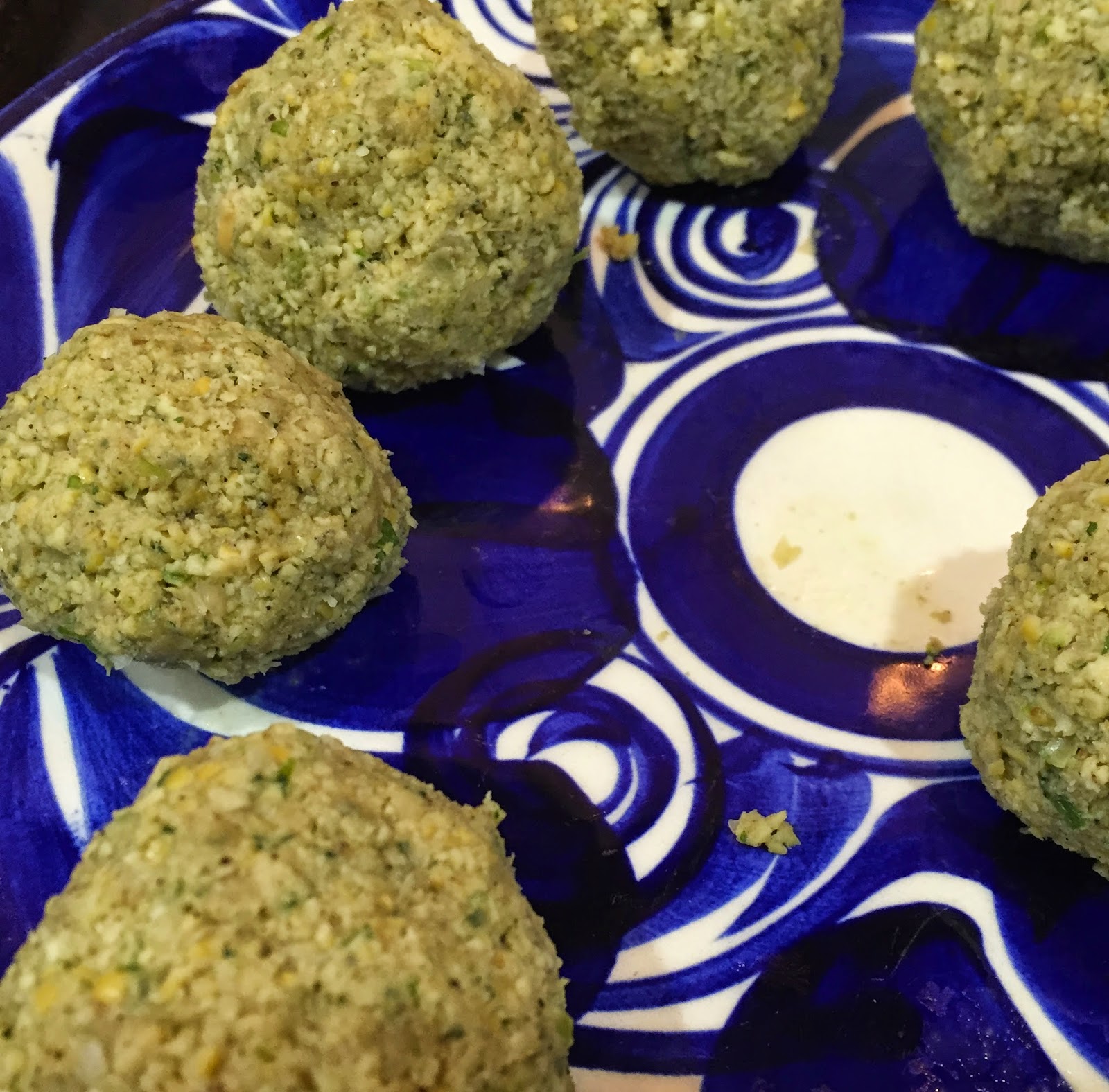 Soak the chickpeas in 4-cups of water for 14 to 16 hours, at room temperature.

Drain the chickpeas through a sieve, and then rinse the chickpeas. Transfer the soaked chickpeas to the bowl of a food process, fitted with the steel blade. Add the cumin, coriander, anise seed, black pepper, scallions, garlic cloves, cilantro and salt.

Process the chickpea mixture until well brokendown, not so much so that it becomes a creamy, smooth paste. 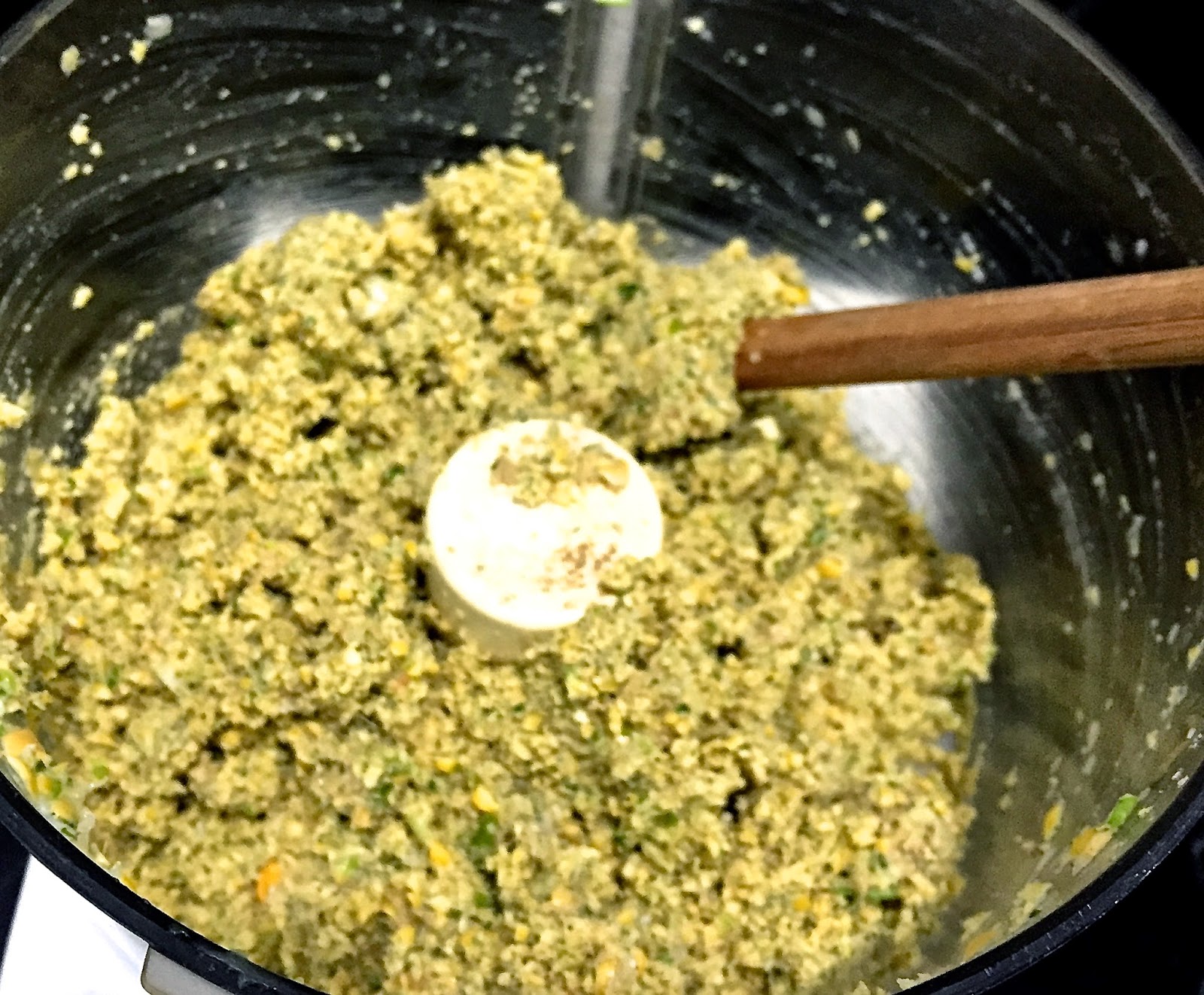 Transefer the chickpea mixture to a work bowl and incorporatre the chickpea flour. Let the mixture rest at room temperature for an hour or two.

Form the chickpea mixture into 12 balls, which will be slighlty smaller then a golf ball.

Heat the oil in a wok to 325 degrees. If you don’t have a candy/frying thermometer use the dool end of a wooden spoon – inserted in the heat oil the oil will immediately start to bubble around it. 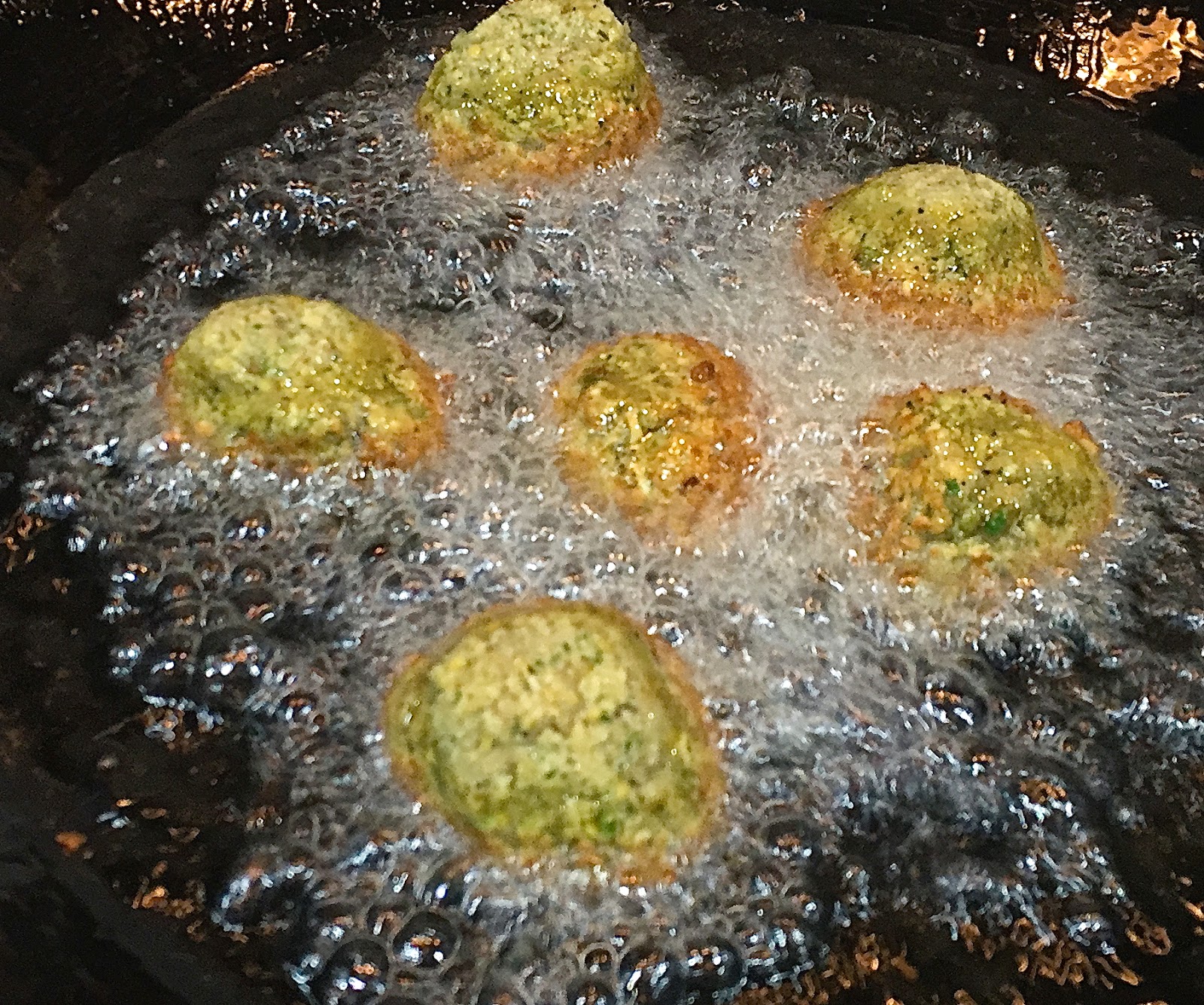 Gently place 6 of the falafels into the oil, and cook for about 3 to 4 minutes, until crisp and dark golden. Remove to paper line plate to drain. Fry the remaining 6 falafels. Serve warm with pita bread and Tahini Sauce. 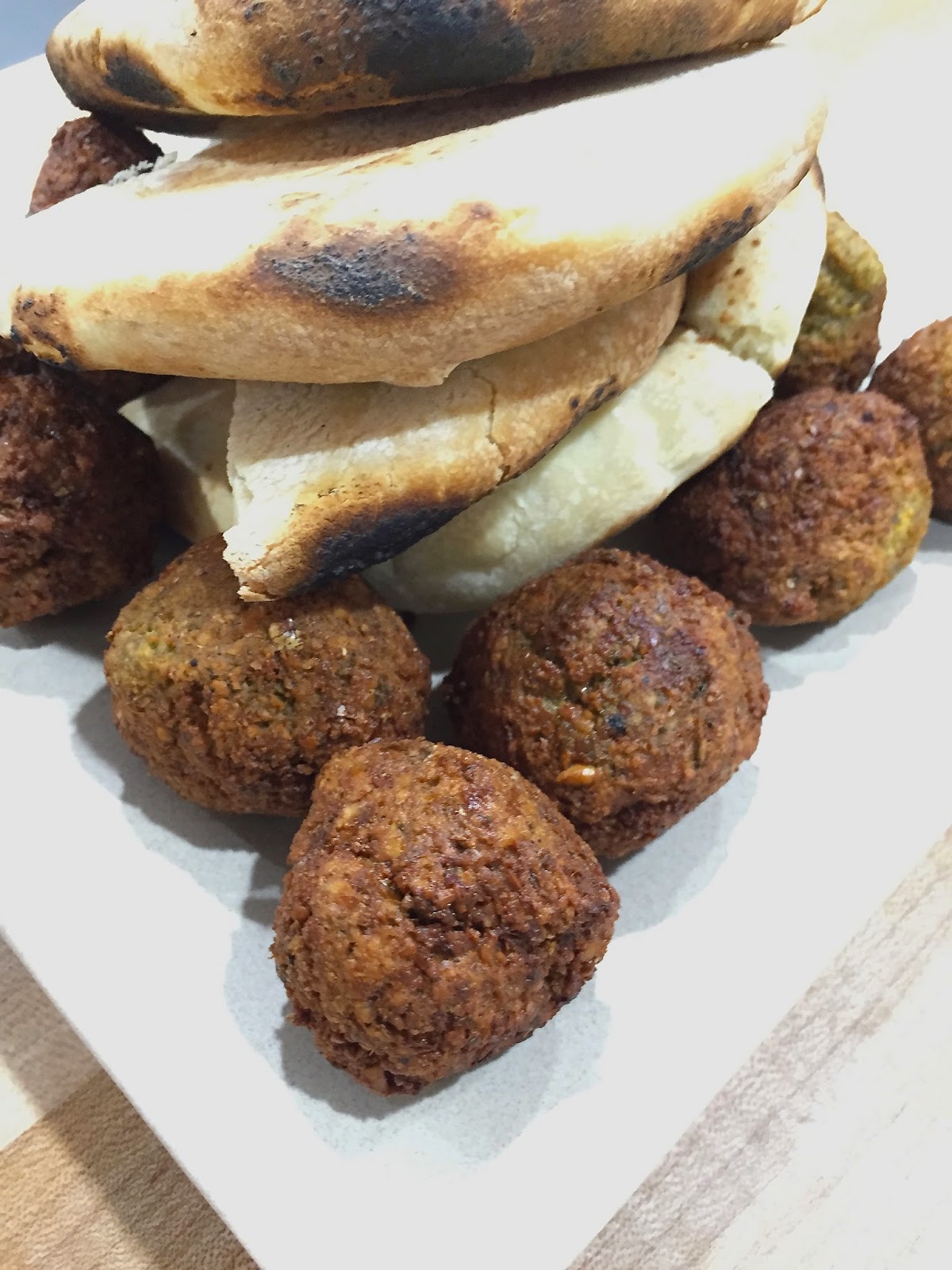 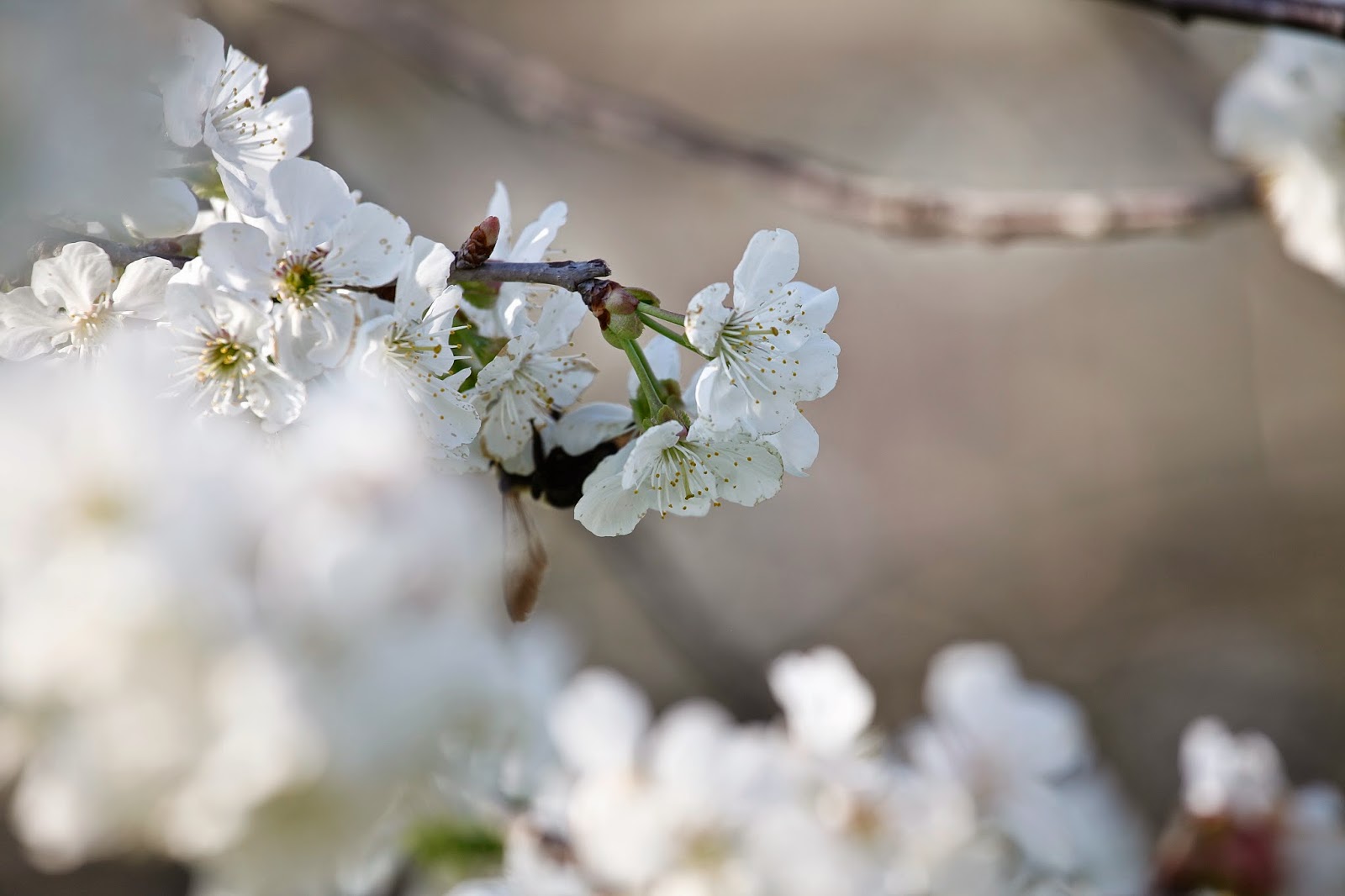 Seemingly, overnight the daffodils opened up their lemony, teacup blooms and the Bradford pear trees are showy with a huge puff of white blossoms. Wasn't it just a couple of weeks ago that the view from the window was that of a frosted wonderland? Though chickweed is sprouting, as is the temporarily beautiful wild violet. Top of the do-list is some intensive hand tilling of the garden to get ahead of them and a host of other maddening greens emerging everywhere. Why doesn't the artichoke and chayote let me know they survived winter as quickly? I am hopeful, for we did not have the record-breaking winter of New England but nor did we bathe in the unusual warmth of Southern California -- everyone here was hunkered down under a heavy bed of mulch, hay and dirt. Happily my mitsuba (Japanese parsley) and loveage are already sending up leaves, and the French sorrel is almost “pluckable.” The garlic cloves that sprouted before I started wrapping a scarf around my neck are barely bruised by winter’s assault. Ahh, the awakening from a winter’s sleep never fails to excite every part of me.

Officially, spring is just days away but from my kitchen door it has already come. On this


St. Patrick’s Day when all that is green is celebrated I will add that spring is the greenest of things to rejoice. The coming weeks my menus will be drenched in green long after the Chicago River has faded to its more expected murky brown.  I wait for the lettuces I sowed to mature, and anxiously anticipate the outlier during this green time, radishes and their punch of color, texture and taste. For now, I will drink in the aromas of the stirring world around me and nibble on the bits of green I am offered. 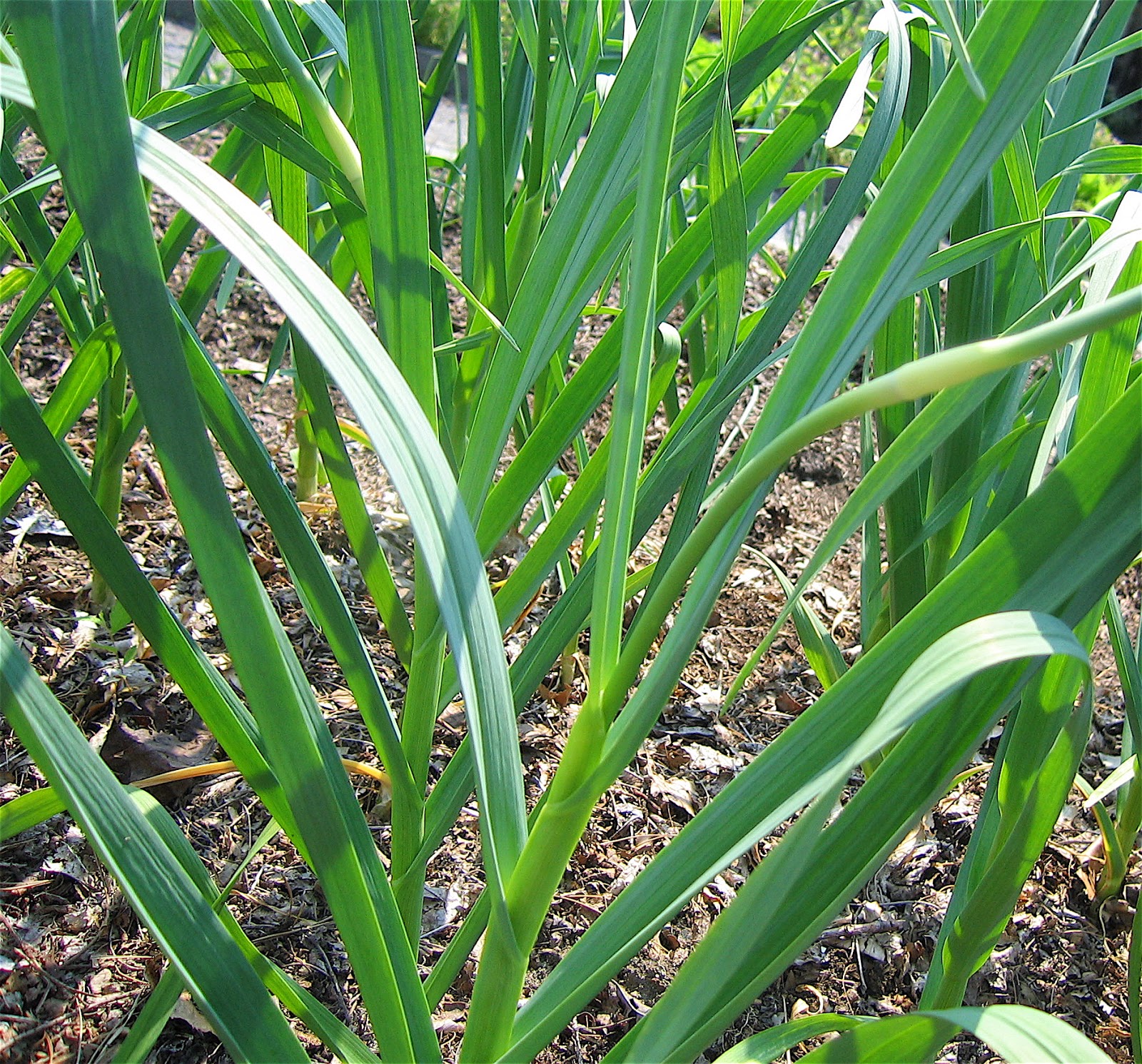 Roughly chopped the garlic and scallions. Then in a sieve wash them to rid it of any dirt and debris.

Then in a food processor place the garlic, scallions, pumpkin seeds, lime zest, salt and pepper. With the machine running drizzle in the oil – if the pesto seems too thick add a bit more oil.  Remove to a storage container. Drizzle a little oil on top of the pesto when it is being stored to prevent it for oxidizing and also to thwart the growth of mold.

Store in the refrigerator for up to a month, or in the freezer for up to six months. 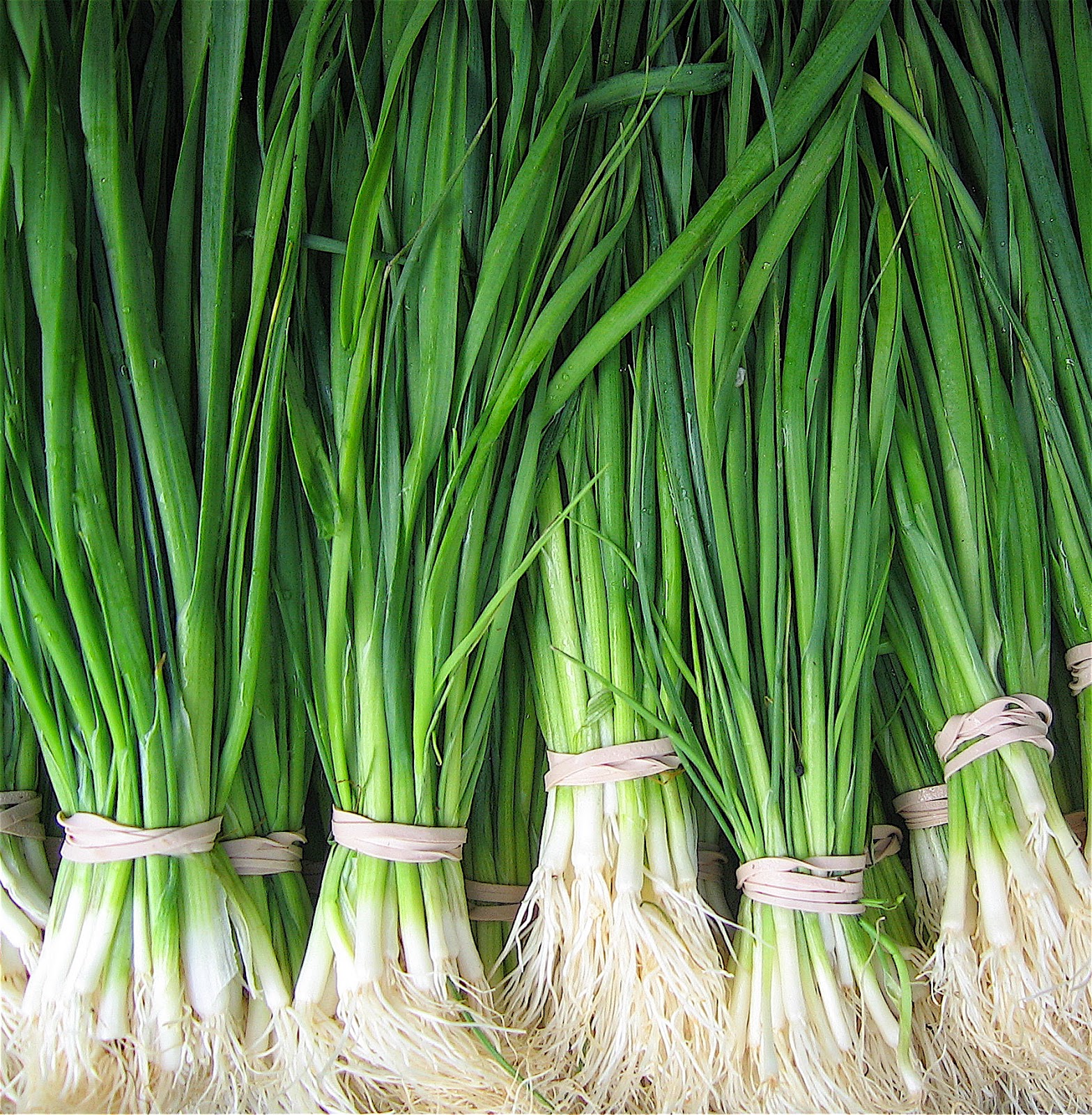