Ticking off the first month of the New Year also means the coldest, roughest month is about to begin. Thankfully, it is also the shortest month of the year. I don’t remember looking for to the next 28 days except for the two years I lived in Australia. Today’s chilled, blustery winds is the keynote speaker for the weeks ahead. What do I hope the groundhog sees in two days? 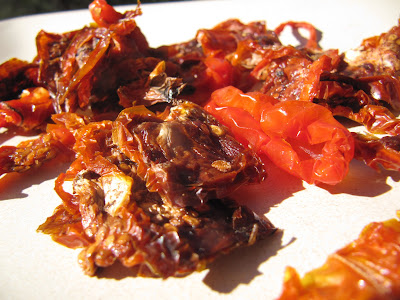 Fortunately, the freezer is still packed with summer tomatoes and I will be pulling those gems out of suspended warmth to comfort this household with soups, stews, braises and sauces over the coming weeks. The sun-dried tomatoes I dehydrated over the course of several searing August days is going to enrich more than my palate – maybe, next summer I should try my hand at sun drying my own tomato paste.

Until, I find myself in shorts and a tank top spreading my tomato puree out onto a sheet of ply wood in the blazing sun I will go to the stores I already have to keep me warm physically and emotionally. 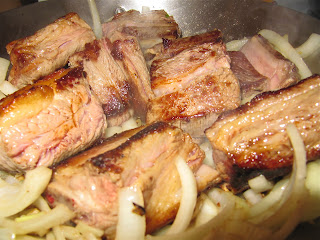 Heat an eight quart casserole dish over a medium heat, and add the short ribs and brown them deeply. Remove the ribs to a bowl, and immediately add into the pot the onions and garlic. Cook the onions and garlics for about 5 minutes stirring frequently. Return the ribs to the pot and add the wild mushrooms, sun dried tomatoes, dried mushrooms and tomatoes. Season with salt and pepper, and lower the heat to a simmer. Cover, and cook for 2 to 3 hours. About half hour before serving stir in the rosemary and parsley. 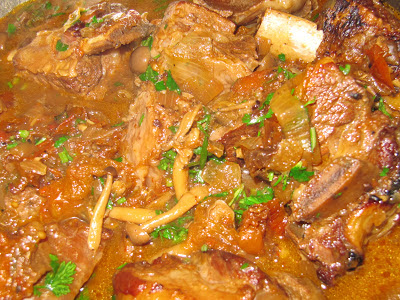 on the menu tonight 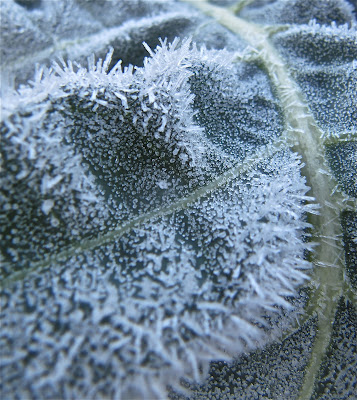 We are deep into winter with swings from bone chilling days to this past Sunday when I found myself in shorts and a T-shirt. Now, in the next 24 hours I need to anticipate rain, snow and a hard freeze. It is going to be difficult to plan when to put my seeds in their germinating cups. But I am about a month away from considering if the time is right, and I hope by that time the weather patterns will have stabilized. Until then I am augmenting my collection of seeds that I have saved with packets of more seeds arriving by mail. I needed more golden beets, watermelon radishes, lettuces, sweets peas and lemon cucumbers. Though I am sure in the month there will be a few more envelopes within an envelopes arriving.

While I am planning for next season’s harvest I am feasting off last season’s bounty. Yes, my stores in the chest freezer are diminishing, and a few of my pickle jars are now emptied. And, I still have a winter garden that is producing beets, radishes, broccoli, cauliflower and turnips as well as kale, Swiss chard and arugula. Everything is getting covered with their thermal blanket for sure to offer whatever protection I can against this impending climate shift. I have until the third week of February to keep fresh cut vegetables on our table – that is the weekend we’ll get the rototiller and prep the garden for its spring plantings.

Until, sometime in May, when I harvest my next batch of radish and snips of lettuce this household will continue to feast off all the goodies I have preserved from summer’s abundance. 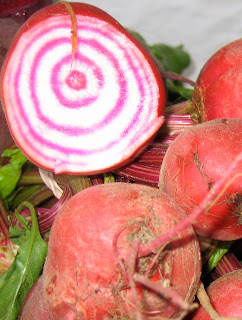 Cook the rye berries in 3-cup of water over a medium flame until tender, approximately 20 minutes. Drain and hold to the side.

In a 8-inch saute pan add the oil, onion, pepper, rosemary, oregano and garlic, and cook over a medium-high heat. Cook the onion mixture until the onions just start to turn golden. Then mix in the beets and carrots. Cook for about 5 minutes.

Mix in the beet green and parsley, and reserved rye berries -- reduce the heat to low. Cover the pan and cook another additional 15 minutes. Remove from the heat and mix in the feta and olives and season with salt and pepper.
Posted by Unknown at 5:39 PM 4 comments: 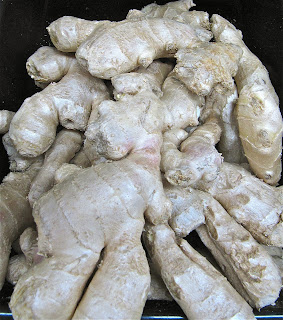 We are a household of middle-aged men who are self-employed therefore we get no paid sick days, and no we did not get a flu shot. We did, however, get the flu. During that lull between Christmas Eve and New Year’s Day our house kept a constant temperature of 75-degrees though you could not tell by the blankets thrown around our shoulders. The bed and the couch had someone sleeping onto at any given time and the kitchen counter became a poorly merchandised corner of the cold and flu aisle of Walgreens. Though I am going to have to back out of any ownership of the neon colored liquids and fizzing powders that was consumed very six hours. I am not a believer in self-medicating with suppressing formulas when rest, and plenty of fluids basically does the same. Yes, I did take an aspirin or two to help reduce the fever and banish the throbbing between my ears for at least half the day.

Had I not felt so spacey I might have attempted a pot of my mother’s chicken soup, or if I had a container of miso paste I would have just boiled some water, and stirred in a tablespoon for every cup. What I did have was a load of leftovers from the holiday meal that pretty much want untouched by us, and wearily consumed by our guests – I hate the idea of being the vector for an epidemic. These rich, festive scraps along with the guilt we were contagious did nothing to sooth the aches of the flu.

As I watch Hokan practically gargle with Nyquil I took the stove to put up my potion for all the ails.

It is simply copious quantities of freshly sliced ginger root brought to the boil, and then allowed to steep. Finished with fresh lemon juice and honey I was sipping this warming brew every hour I was awake. It will definitely elevated your fever slightly and make you pee as if have you have no bladder, but boy is it soothing. I augmented with drops of turmeric tincture to further help my immune system and the pain that radiated from every joint. I was sick for three miserable days and Hokan, well he is still fighting.

It was the flu not a raging bacterial infection that antibiotics could attack. Nature gave me the remedy and common sense put me to bed. 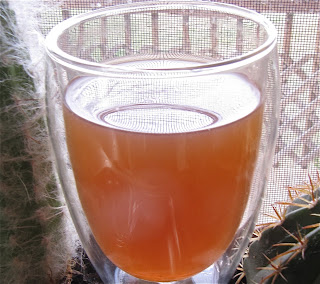